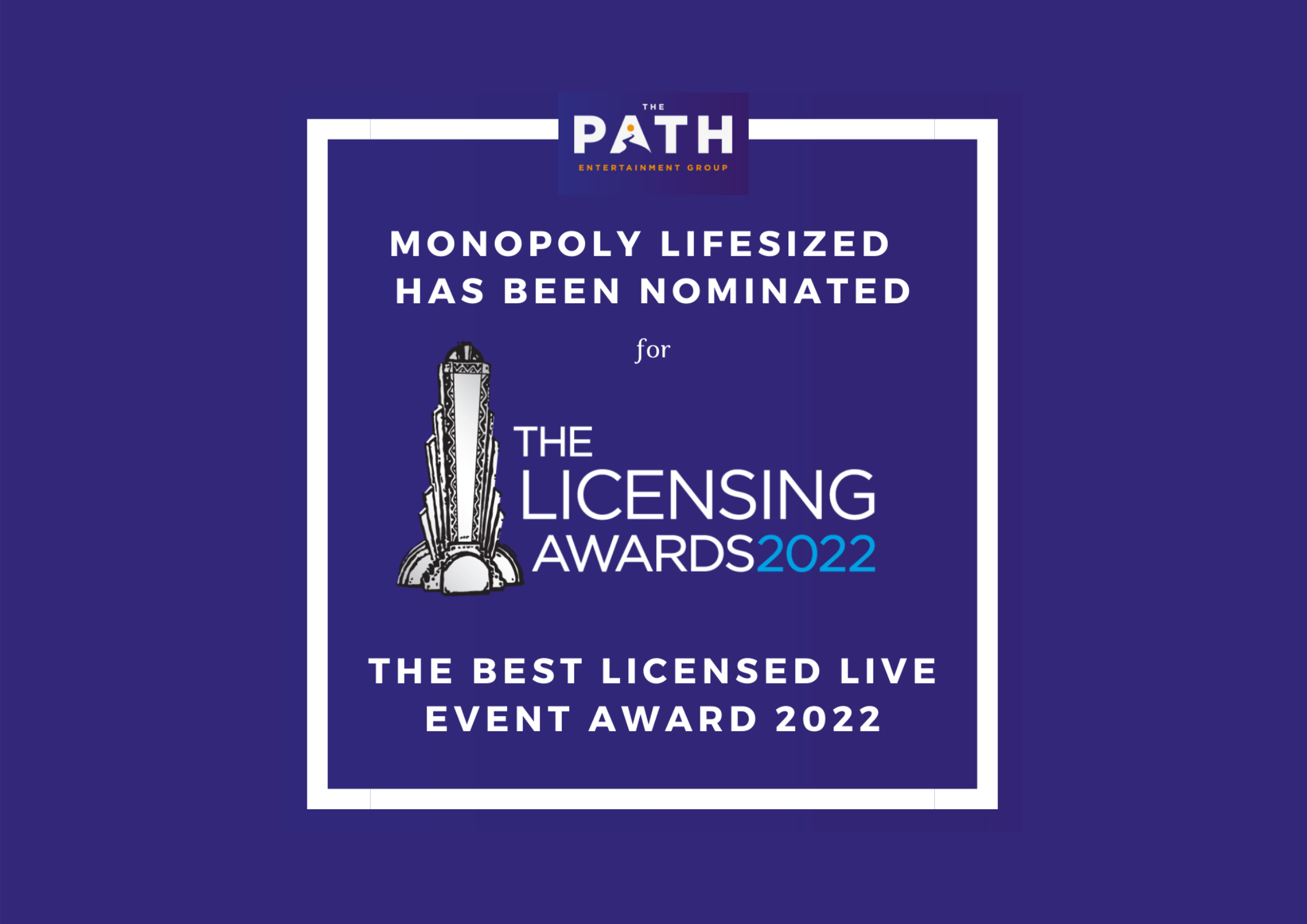 The Path Entertainment Group are thrilled to have been named a finalist for The Best Licensed Live Event Award 2022 for Monopoly Lifesized.

This nomination comes just two months after the news that we won The Best Location-Based Entertainment Award 2022 at the Licensing International Excellence Awards, and just one month away from Monopoly Lifesized's one year anniversary.

Congratulations to all the finalists (Finalists 2022 - The Licensing Awards) who were announced this week. We will see you all in September for the awards.